Pregnancy: The Second Time Around 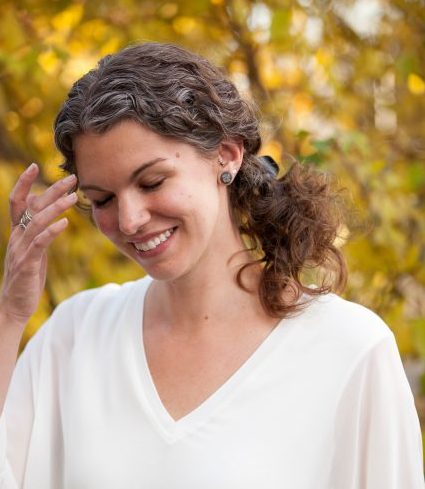 Oh and I love a good margarita.

Feeling burnt out and over it? I get it. Me too.

Take this quiz to find out which area of self-care needs your attention!

It’s national infertility week so my heart is feeling for those dealing with infertility. I never take for granted that I can get pregnant (or not) when I want. Keeping everyone reading this in my thoughts as I share about this pregnancy.

I used to be a liiiiittle judgy when I’d hear that second time moms (and so on) stopped documenting their bumps as religiously as their first. I, myself, dutifully captured my growing belly containing Atlas every. single. week. Never missed one (you can see my monthly updates here).

With this second pregnancy, I’ve had my husband take my picture solely for a bump photo like three times. I KNOW. Week 18 as seen below: 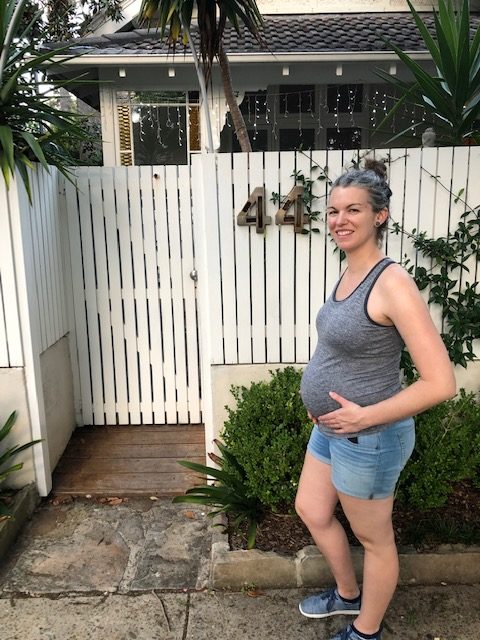 Here’s what I’m finding: It’s much easier to be solely focused on your first pregnancy when that’s all you have to focus on. I read every single thing I could get my eyes on having to do with development and my body. With subsequent pregnancies, you now have to chase around another kid(s) so there is less mental capacity to capture these things – at least for me.

I sometimes feel guilty about it and then I think how much more this baby is already involved in our lives. Atlas talks to him every single day, rubs lotion on my belly and I frequently talk about having to eat more snacks for him.

There are a few other things I’ve noticed when thinking about my first vs. second pregnancies. When I got my positive pregnancy test this time around, the next day I couldn’t fit into my normal pants. I made it almost 14 weeks before I needed to invest in maternity jeans with my first! My uterus is now an old pro so she’s like “LET’S DO THIS!”

I was in the best shape of my whole entire life when I got pregnant with Atlas. I have yet to return to this state, notably in between pregnancies. Some of my original maternity clothes are too small, which is not a great feeling, especially since I’m a mere 26 weeks pregnant.

I am also carrying this second kid (boy) super low. Here’s a comparison of same week but different position between Atlas and this one! 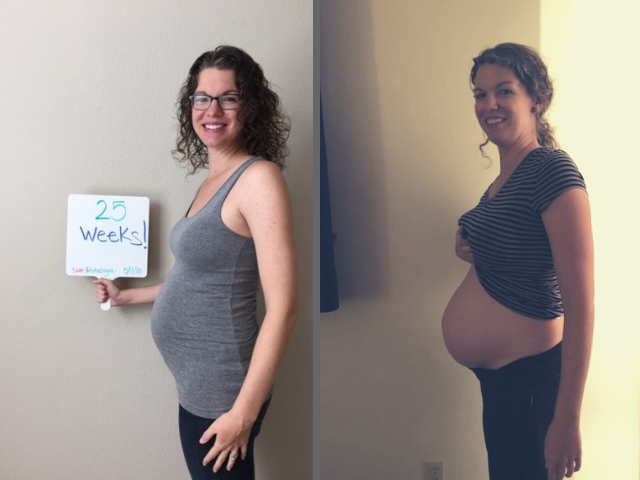 It’s making me have some pelvic girdle pain, which basically can feel like my pelvis is splitting in half. Super fun to walk around with AND super fun to put on ice.

I went for a 2 mile run in January, to celebrate finally being done with morning sickness. I can pinpoint that it was that day that I ended up with plantar fasciitis. It (thankfully?) is solely in my right heel and literally hurts with every step I take (and has since January). I bought my sexy new Hoka running shoes while in Australia and the guy was like, “yeah…since you’re pregnant, you’re just gonna keep getting bigger and heavier, which will put more strain on your foot. But here – buy these!”

Truth be told, he could have been handing me a dirty dishtowel to purchase and I would have because #thataussieaccent!

I’m finally getting some relief thanks to acupuncture and chiropractor visits. I also get to walk around with sporty tape on my leg to hold the muscles in different positions. I’m sure everyone assumes I’m a pro-volleyball player. 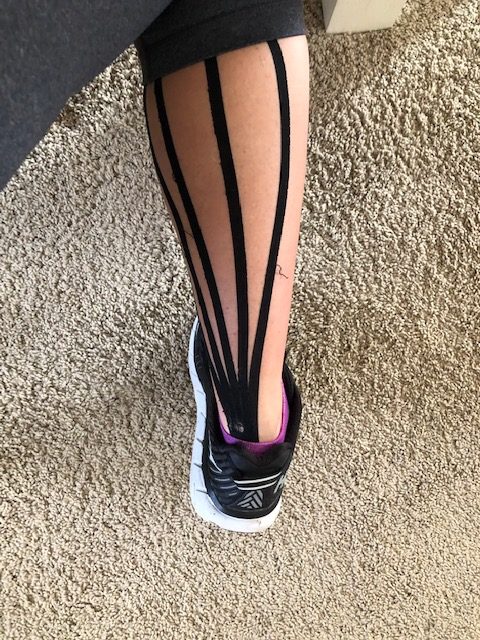 I’m more tired this pregnancy but I suppose that’s because of my toddler. I also started making grunting sounds muuuuch earlier when getting up from things. Atlas now makes similar noises when she gets up. 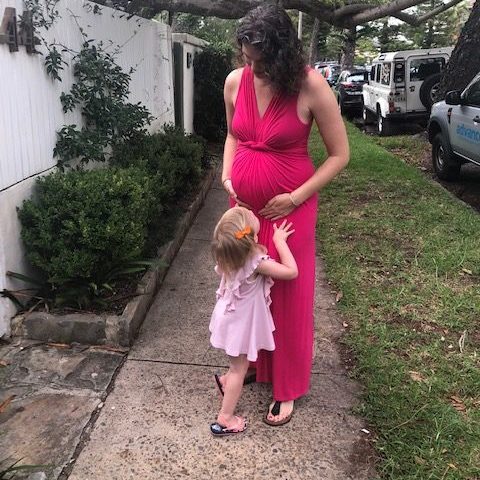 I’m due at the end of July, though most days I feel like I’m already nine months pregnant. With that, even though I haven’t captured this pregnancy consistently, we are SO thrilled to meet you little one! 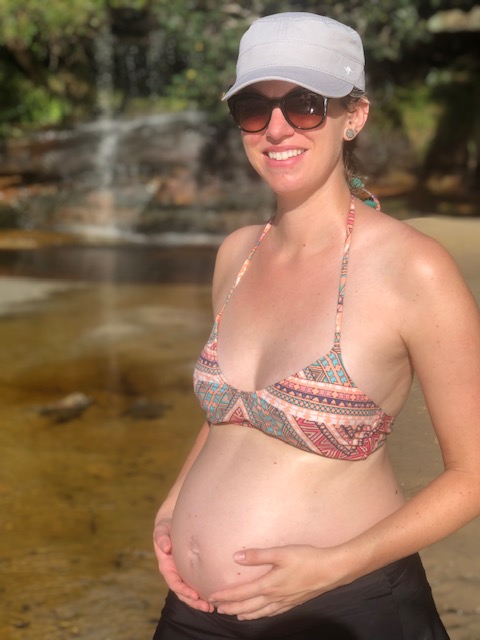